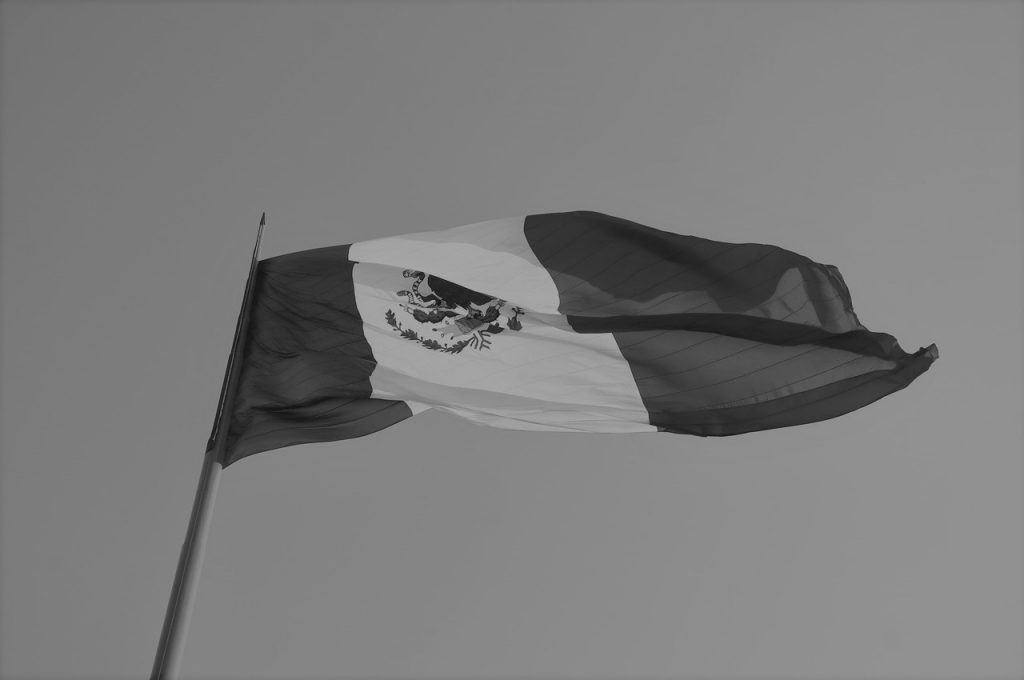 The election of Andres Manuel Lopez Obrador, widely known as AMLO, happened in a landslide victory on July 1 as a historic event for Mexico. His election exposes widespread feeling of frustration with the high rates, corruption scandals, and slow uneven economic growth despite the speech of the current government. México has evolved into a sophisticated economy, and although from the macroeconomic perspective, it seems Mexico has stability, there are still many areas of opportunity which the AMLO government is looking to tackle.

Still, there is still a considerable number of questions since the election about how AMLO will govern and what policies he will pursue. We are currently undergoing a transition period and therefore, in following the election, AMLO’s team has worked hard to signal that his administration will not undermine Mexico’s macroeconomic stability or health of the financial markets.

Crucially, AMLO tasked a distinguished group of experts with the preparation of his political party (“MORENA”) the “National Plan 2018-2024”. These experts incorporated reputable academic professionals, prominent entrepreneurs, businessmen, retired public officers, and court members. The plan had been conceptualized and developed over a good number of years, taking into account AMLO’s visits to different regions of Mexico, and that gave him a grasp of the needs and solutions that such regions require to abate the poverty levels and increase sustainable economic development.

It is important to note that the National Plan was published in November 2017 and it foresees economic and social policies that are aimed both to reactivate public and private investment, that averaged an inadequate 23% of GDP under Peña Nieto’s six years’ presidential period, and to make the Mexican economy more competitive and equitable. But beyond that, it also explains how such policies will be financed through reductions in operational costs and in fighting governmental corruption.

AMLO’s National Plan targets job creation, improved and increased salaries, and higher, yet sustainable growth rates. A focus on human development and on-the-job training should also enable the incorporation of new technologies and innovative practices that can improve productivity, particularly in lagging sectors such as agriculture.

Since MORENA (AMLO’s political party) and its allies have majorities in both the Senatorial and the Deputies’ Chambers, conceptually speaking it will be easier for AMLO to carry out its National Plan.

The following is a brief summary of the main points of AMLO’s National Plan as published. One should bear in mind that although unlikely, it is possible that some of the objectives stated below will not reach the desired level of implementation, as this is subject to a number of factors that may be beyond the control or reach of the Mexican government.

Focus on developing industrial and technological sectors to create better-paid jobs, strengthening the domestic market through the integration of productive supply chains, boosting the present low levels of national content of Mexican exports, and implementing industrial and technological policies to engender an environment that rewards innovation and the generation of new ideas, not least through increasing science and technology expenditure to one per cent of GDP. For instance, there is already a decree proposal (that is being discussed in the Mexican Congress) to double the amount of minimum wage in the border areas. Needless to say, even with the possibility of doubling the minimum wage, if the initiative is passed through Congress, very few companies in the border region offer minimum wage to their employees, as the market conditions prevailing in the northern Mexican States are different from those in Central and the South of Mexico.

Focus on a deficit reduction that to be achieved not by increasing taxes or creating new ones as in previous governmental reforms, but rather through the reduction of public expenditure and targeting misuse of public funds. According to AMLO’s team, the resulting savings will allow for increases in public investment, that is today at its lowest rate (relative to GDP) since World War II. This investment will go towards public services and infrastructure in social and productive sectors.

AMLO proposes to change the public expenditure-investment mix through a number of measures:

Such measures are projected to save approximately roughly Mx$400 billion pesos (or 2% of GDP), as there appear to be current expenditures that could be cut. In 2016, expenditure for health, social development, and agriculture came in under budget, but expenditure in the office of the Presidency was 85 percent over budget only in the last year. Sixty percent of these savings will go toward infrastructure and regional impact projects; twenty-six percent toward social projects, including youth and elderly support; and 14 percent toward reducing the fiscal imbalance.

With regards to the economic sector, AMLO is planning not only to work with the different government Secretariats but also by promoting private investment in the so-called Public-Private Partnerships (PPPs) to carry out the infrastructure projects that he plans to implement in the country during his term.

Developing infrastructure projects through PPPs in the south-southeast and south areas of the northern territories of the country is one of the great bets of AMLO to position México as a world-class logistics platform.

AMLO has openly spoken regarding the tax terrorism created by the multitude of tax and accounting audits always performed by the Mexican IRS (SHCP). On more than one occasion he has stated that his government will work to shift the tax audit policy by changing attitude of the federal government to that of granting a vote of confidence to taxpayers rather than not treating them as if they were tax evaders or criminals (which seems to be the current attitude of the SAT). Likewise, he has proposed that in his Mid Term, he would propose a bill to Congress in order that individuals and companies file and pay their taxes through a simplified form and process.

The main points that are being reviewed by AMLO and his economic team are:

AMLO’s government will not increase taxes, and the federal government will not impose new taxes (at least through the initial term). An adjustment will be made to the Federal Income Law that will substantially modify the manner in which public expenditures are made, such being only to create a better distribution of said the governmental expenditures and to increase the support of low-income families in Mexico, through different social programs in various economic sectors.

From a general perspective, AMLO’s economic team seems to be working hard to avoid a significant change in the economic model that started with the enactment of NAFTA. No changes to the tax regime during 2019 are expected, and the Mexican government will seek fiscal discipline by the issuance of a better 2019 Federal Income Law.

As you may also know, the current Mexican government has created a digital environment in which every commercial transaction is tied to an XML and UUID (digital platforms), that includes every purchase, every credit/debit note, every journal entry and every Value Added Tax report. If any link in the digital chain is missing, or if there is any error at any point, an electronic audit from the tax authority (SAT) is inevitable. However, AMLO’s government plans to provide the taxpayer with the trust and simplicity to declare and file their income through a simplified form.

Additionally, the government is planning to terminate the implementation of electronic audits, and instead, only randomize this audit process when companies file their declarations improperly. Despite the fact that this sounds like a better option, they will have to review the reaction of the taxpayers in order to confirm if this new tax procedure works. The Mexican government is planning to apply this process for 1 (one) year in order to determine how things work out, and collect material for a possible tax reform by midterm.

One of the most important of AMLO’s campaign promises was to reduce Value Added Tax (currently rated at 16%) and Federal Income Tax (currently 35% at its highest rate) for the Border areas (comprising the states of Baja California, Sonora, Coahuila, Chihuahua, Nuevo León y Tamaulipas).

On September 4, 2018, a proposed Decree to reduce the percentage of Value Added Tax and Income Tax rates in the Border area was submitted to Congress for discussion. Basically, the proposed Decree seeks to recognize that the northern states across the US/Mexico Border strip area of Mexico have an economy different that of the rest of the country, derived from their geographic location, and because of their direct competition with southern states of the United States of America. Therefore, a dependence on the dollar is caused as it is used in this region as the currency of exchange in many transactions.

Congress members stated that “it is necessary to recognize that current conditions and the current tax system harms the development of economic activities in the northern part of the country, mainly in commercial, industrial, construction, and primary sector matters, and therefore, that brings the need to make a change to achieve the boost of economic competitiveness, development and welfare of inhabitants of the border area and the border region of northern Mexico”[1].

The abovementioned reasons were the main argument for the draft of the proposed Decree. Such Decree promotes that within the border area and region of northern Mexico there be a reduction of the Value Added Tax rate to 8 percent, and of the Federal Income Tax to 20 percent. These tax cuts would contribute to the social, productive, commercial and industrial development of the northern region of Mexico.

The current Mexican Congress seeks principles of proportionality and justice based on a differentiated taxation scheme for border areas. At present, the current Federal Government promotes the economic activity of the country based on policies that provide for macroeconomic results, but that failed to benefit middle and lower class populations. On the contrary, purchasing capacity and purchasing power have been hindered, while companies have increased their costs due to the high-Income Tax and VAT rates, worsening the situation in the regions of the northern US/Mexico border.

Consequently, it is urgent to implement the fiscal cut measures in order to support the productive sector, and particularly workers who live in the northern part of the country.